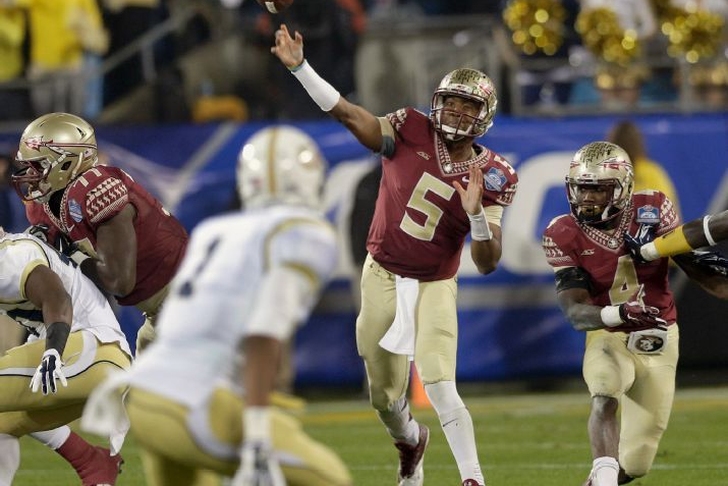 Florida State and Georgia Tech were both on fire offensively in the first half as the teams traded scores, but the Seminoles scored with 30 seconds left in the second quarter to take a 28-21 lead into the break. The Yellow Jackets responded with a touchdown to open the half, but FSU's defense took over from that point on as they pulled away and held on for the victory.

Georgia Tech decided to go for it on a 4th-and-6 near midfield while trailing 34-28 halfway through the fourth quarter. They failed to convert, and Florida State took the ball the other way and kicked a field goal, making it a two-possession game and sealing the victory.

FSU's offense looked as explosive as they did last year when they were one of the best in the country. They put up 481 total yards and scored on seven straight possessions, creating a lead that was too big for Georgia Tech to overcome.

However, running back Dalvin Cook may have had the biggest impact on the game, rushing for 177 yards and a touchdown on 31 carries.

Quarterback Justin Thomas had a big day on the ground, rushing for 104 yards while passing for another 134 and a touchdown. Running back Synjyn Days was the most productive Yellow Jacket on the night, running for 67 yards and three touchdowns.

Florida State will wait and see if their victory and undefeated season is good enough to keep them in the College Football Playoff.

Georgia Tech is now on the bubble of playing in one of the premier "New Year's Six" bowls with their status depending on how far they'll fall in the playoff selection committee's rankings.