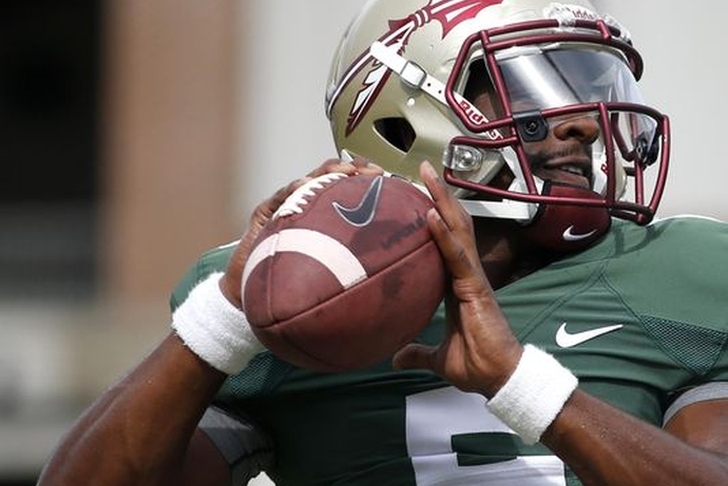 There are plenty of changes taking place inside the Florida State football program this offseason, but the expectations in Tallahassee haven't changed - make the College Football Playoff. Here are four reasons why they're guaranteed to do just that this season:

The loss of Jameis Winston was expected to hurt the Seminoles badly, but the arrival of transfer Everett Golson will ease those pains.

Golson started all 12 regular season games for Notre Dame last season before losing his starting job in the Music City Bowl. He passed for 3,445 yards, 29 touchdowns, and 14 interceptions last season while rushing for 283 yards and eight more touchdowns. Golson also led Notre Dame to an undefeated regular season and a national championship game appearance in 2012.

He's a proven winner that knows what it takes to get the job done with talented weapons around him - and FSU has those in bunches.

As has been the case over the past few years, the Seminoles are far and away the most talented team in the ACC. Last year's runner-up, Georgia Tech, has to face Clemson, Miami, Notre Dame, and Duke all on the road, so it's very unlikely that they'll return to the ACC Championship Game, while Clemson is relying on an overhyped QB that's only played in five games.

Harrison may be inexperienced as a sophomore wideout, but he sure is talented. If you watched him the former four-star recruitplay pitch and catch with Sean Maguire in the spring game, you saw an exhibition of fantastic sideline balance (find a YouTube of his 36-yard reception on the chalk) and ball instinct beyond his years. Don't be surprised if he's a household name by November.

The defense is filled with unknowns and there's going to be a huge shift on the offense, but Jimbo Fisher's optimism and ability to make key adjustments under pressure is just what this young group needs to survive the inevitable scrutiny coming their way. We're always in good hands with Jimbo on the sidelines, and 2015 is no different.