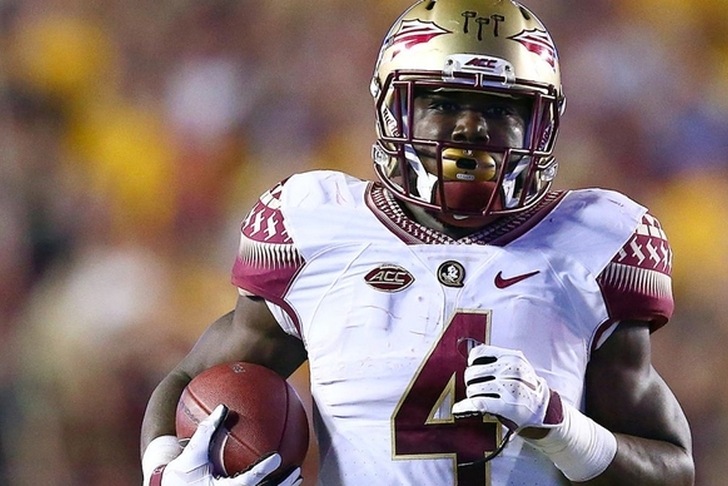 The Florida State Seminoles just missed out on a New Year's Six bid this year, but there's plenty of reason to think that this year's progress will lead to bigger and better things in 2016. Here's 3 Reasons Why Florida State Can Win The National Championship Next Year.

3. Confidence
With a late flourish of wins, this FSU program is more confident and sure of its direction than it has been at any time during the 2015 season. Head coach Jimbo Fisher has harped on his young team to buckle down and maintain confidence through both the ups and downs of the year. It's worked. This is a well-coached, excited bunch ready to finish on a major high note in the postseason.

2. Returning Talent
Florida State will return its entire starting offense and 23 players on the two-deep offensive depth chart. While they return just six starters on defense (14 on the two-deep), there's enough young, banner defensive talent waiting in the wings to offset most of the losses. This is a team set up to take the next step in 2016 thanks to a wealth of depth in key areas.

1. What A "Rebuilding" Year
In what was supposed to be a transition year in the first season of the post-Jameis Winston, Florida State completely outperformed most experts' expectations -- winning 10 games and the state, barely losing out on the ACC Atlantic Division to the #1 team in the country, and securing one of the at-large New Year's Six bowl slots with a Peach Bowl date against the #14 Houston Cougars.

If Florida State wins that game, they're virtually guaranteed of a top-eight AP finish -- an amazing feat in what looked to be a down year, and a harbinger of big things to come.