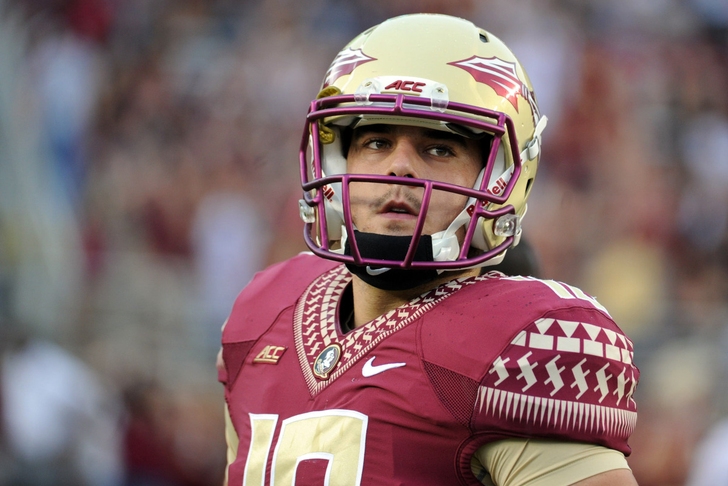 1. How Close Is The QB Race Really?

Assumed starter Sean Maguire was a picture of inconsistency both in the spring game and according to out-of-house practice reports, leading to some to mumble that John Franklin and/or JJ Cosentino can make a competition out of what was supposed to be a one-horse race. Maguire is still the favorite due to Jimbo Fisher's trust in him, but he's not immune to some controversy.

2. Can The Team's Pass Rush Rebound After An Injury-Riddled 2014?

Florida State's front seven will be getting seven players back who have dealt with serious injuries over the past 12 months, and that's huge for a team who has to replace standout DT Eddie Goldman and DE Mario Edwards Jr. The time is now for the linebacking corps to step up as the defensive line goes through a transitional phase.

3. Is The Receiving Corps Ready To Go To Work?

Jimbo Fisher has put his young wide receivers on blast this spring, saying they have "stunk" and need to "grow up" after a series of inconsistent showings. If Ja'Vonn "Pigg" Harrison and the rest of the talent young underclassmen can't find their groove, don't expect Fisher to let up on the kids.