Recap: Panthers get by with a little help from an old friend in 4-2 win over Flyers 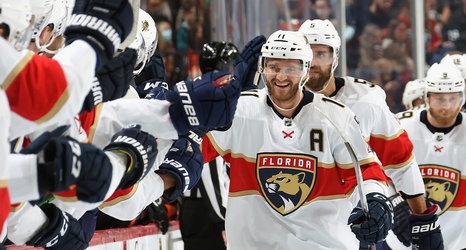 u266a What would you do if I gave you the puck Would you skate by and score one on me? u266a

Jonathan Huberdeau scored his first two goals of the season, including the go-ahead shorthanded marker in the third period, to power the Florida Panthers to a 4-2 comeback win over the Philadelphia Flyers at Wells Fargo Center. He also drew an assist to finish the game with three points, four shots and a +2 rating in his best performance of the season thus far.

Huberdeau opened the scoring with three minutes left in the first period after Aleksander Barkov won an offensive zone faceoff with the Cats on a power play.