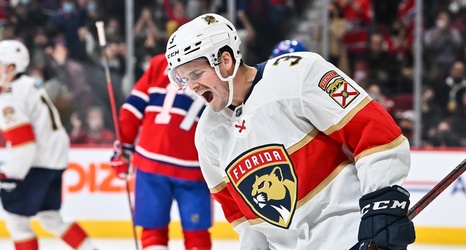 The Florida Panthers have annouced that the club has re-signed defenseman Matt Kiersted to a two-year contract. The first year of Kiersted’s contract (2022-23) will be a two-way contract, and the second (2023-24) will be a one-way contract.

The 6-foot, 181-pound native of Elk River, MN, has appeared in 17 career NHL games with Florida.