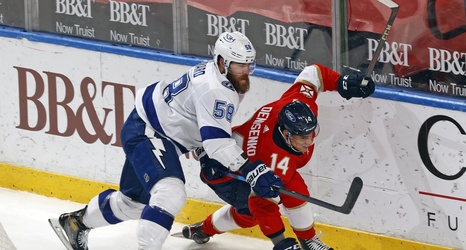 Spencer Knight surrendered four goals and exited when Maxim Cajkovic notched his second of the game at 8:44 of the second period. Olivier Adam entered at that point and was quickly beaten by Cameron MacDonald. Adam gave up a total of three goals. Jaydon Dureau provided the tilt’s final tally into an empty net.