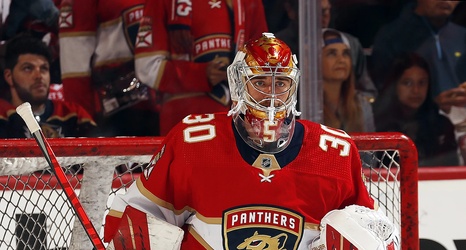 The Florida Panthers have signed goaltender Spencer Knight to a three-year contract extension worth $13.5 million.

Knight’s new deal will kick in at the start of the 2023-24 season. The 21-year-old is in the final year of the entry-level contract that he signed after leaving Boston College on March 31, 2021.

Last season Knight appeared in 32 NHL games and posted a 19-9-3 record and two shutouts. His goals against average was 2.79 and his save percentage was .908. He also played in 11 AHL games with the Charlotte Checkers, going 7-4 with a 2.