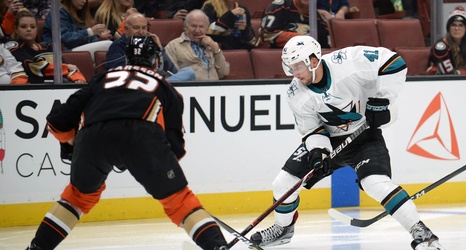 The Florida Panthers have acquired Swiss-born and trained forward Vincent Praplan from the San Jose Sharks for future considerations.

Praplan, his first professional season in North America, has produced 4 goals and 12 assists in 27 games with the San Jose Barracuda of the American Hockey League.

Praplan has had a nice start to his AHL career. The Swiss forward hasn’t played regularly on a North American rink since the 2013-2014 season when he was with the North Bay Battalion.