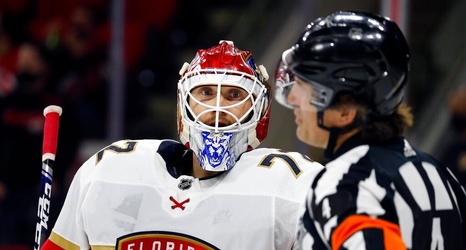 Vincent Trocheck scored a power-play goal against his former team and assisted on Dougie Hamilton’s tying goal early in the third, also on the power play. Jesper Fast had a late goal for Carolina, and Sebastian Aho had three assists.

Aleksander Barkov scored both goals for the Panthers, whose six-game winning streak — the longest active run in the league — was snapped.