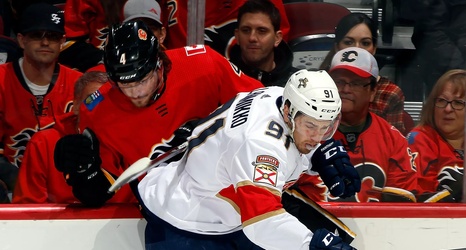 The Florida Panthers announced today that they have signed forward Juho Lammikko, who was on the club’s reserve list, to a one-year, two-way contract.

According to CapFriendly, the deal will pay Lammikko $725K at the NHL level and $100K at the AHL level.

Lammikko, 24, appeared in 22 games with Metallurg Magnitogorsk of the Kontinental Hockey League this season, registering six goals and eight points.

After not re-upping with the Cats after his entry-level contract expired, he spent the 2019-20 season with Kärpät of Finland’s top-level Liiga, ranking second on the team with 51 points (22G/29A) over 57 games.