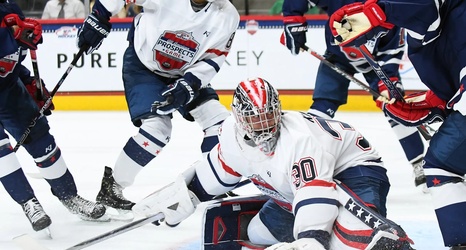 Players are vying for a spot on the final 25-player roster that will represent the United States in the 2021 World Junior Championship in Edmonton, Alberta, that will run from December 25, 2020 to January 5, 2021. The final roster will be announced on December 13, prior to the team’s departure from Plymouth to Edmonton that day.