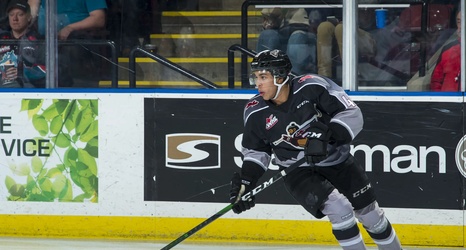 The Florida Panthers announced that the club has signed forward Justin Sourdif to a three-year, entry-level contract.

Sourdif was selected by the Panthers in the third round (87th overall) of the 2020 NHL Entry Draft, He produced a total of 60 goals and 134 points in 147 career WHL games with the Vancouver Giants.

The 5-foot-11, 181-pound native of Richmond, British Columbia put up 34 points (11G/23A) in just 22 games during the truncated 2020-21 season, leading the Giants in assists and points and ranking tied for third-most points in the league.