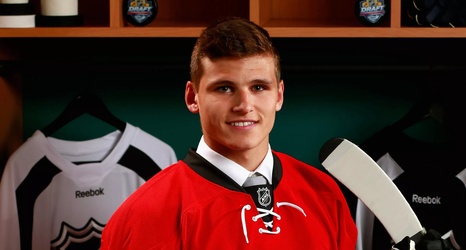 The Florida Panthers announced today that the club has agreed to terms with defenseman Jake Massie on a two-year, entry-level contract.

Massie appeared in 30 games with the University of Vermont in 2018-19, recording nine points, including five goals. The 6-foot-2, 177-pound native of Sainte-Lazare, Quebec, played 95 games over three seasons with the Catamounts, producing a total of 23 points (6G/17A).

Prior to enrolling at Vermont, he played one season in the USHL with the Omaha Lancers.

The 22-year-old participated in Florida’s recent development camp and turned heads with his physical play.