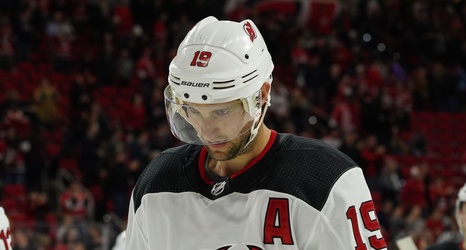 This is the second of three contests this season between the two. New Jersey won the first, 3-2 on October 27th at the Prudential Center. They’ll close the series against the Florida Panthers on April 6th, back in Sunrise, Florida.

The Panthers have now lost three straight games and five of their last six after a five-game winning streak. Tonight’s game is the second in an eight-game homestand.

They lost the first one in heartbreaking fashion to the Chicago Blackhawks, 5-4 in overtime on Saturday night.

After this game, they’ll host the Anaheim Ducks on Wednesday, the Buffalo Sabres on Friday, the Tampa Bay Lightning on Saturday, the Boston Bruins next Tuesday, the Colorado Avalanche next Thursday, and the New York Rangers next Saturday night.