Florida Panthers: Colton Sceviour is Having a Solid Year on the Fourth Line 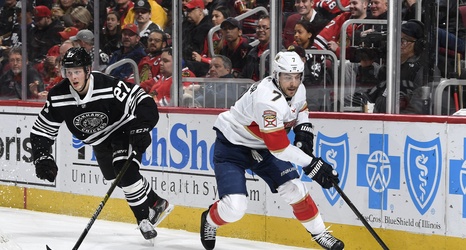 Since being signed away from the Dallas Stars, Colton Sceviour has played predominantly on the team’s fourth line for the previous four seasons. During the 2017 and 2018 NHL regular seasons, Sceviour would record 24 points in each season while on the bottom line.

Essentially, Sceviour started out extremely well with the Florida Panthers until the 2019 season. In a year riddled with injuries, the often durable Sceviour played in only 59 regular-season contests for the Cats.

The native of Red Deer only registered 15 points in a highly disappointing year for the Panthers.