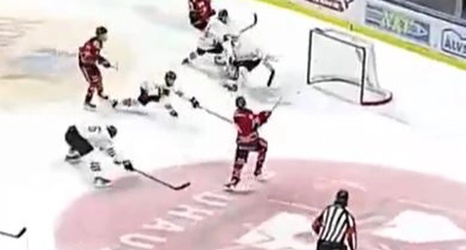 After selecting defensemen Marek Alscher and Ludvig Jansson with his first two picks in the 2022 NHL Entry Draft, Florida Panthers general manager Bill Zito took his first forward of the event when chose Sandis Vimanis in the fifth round (157th overall).

On the international stage, the 6-foot-1, 192-pound Riga native skated in four games with Latvia at the 2022 IIHF U18 World Junior Championship, where he posted three points (1G/2A) and served as an assistant captain.