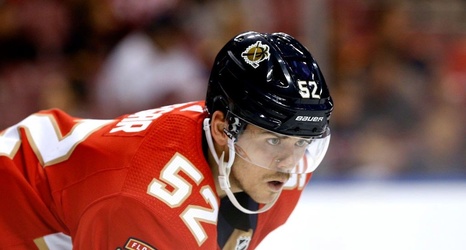 PHILADELPHIA (AP) — James van Riemsdyk had a goal and assist, Carter Hart stopped 30 shots in his return from injury and the Philadelphia Flyers beat the Florida Panthers 4-1 Monday night.

Travis Sanheim, Ivan Provorov and Claude Giroux also had goals for Philadelphia, which is 6-1-1 in the last eight. The Flyers improved to 19-5-4 at home.

MacKenzie Weegar scored for Florida, which has lost four straight.

Hart missed nine games with an abdominal strain but looked sharp in his first game since Jan. 13.

Panthers goalie Sergei Bobrovsky, who began his NHL career with the Flyers in 2010, had 30 saves.