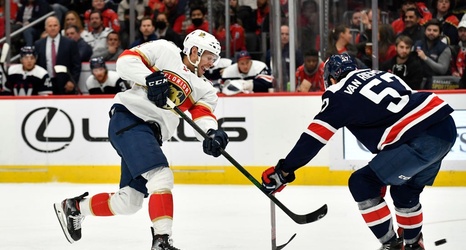 MIAMI (CBSMiami/AP) – Alex Ovechkin scored two of his three goals over 56 seconds in the second period and the Washington Capitals beat the Florida Panthers 4-3 on Friday.

Ovechkin has 18 goals, most through 21 games in a season by a player in at least his 17th season. He’s 19 goals from passing Jaromir Jagr for third on the career list following his 28th hat trick.

Sergei Bobrovsky allowed Tom Wilson’s eighth goal, which tied it at 1 at 1:34 of the second, and Ovechkin’s first goal.