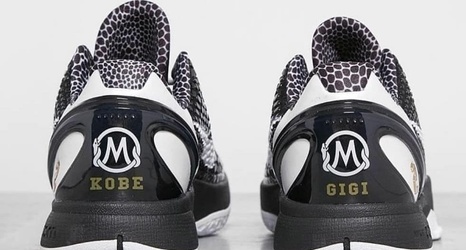 Earlier this week, Vanessa Bryant revealed in a series of social media posts that she was blindsided upon seeing an image of a shoe she helped design, a black and white "Mamba Forever" special edition of the Nike Kobe 6 Protro, from her late husband Kobe Bryant's signature series with the brand.

The specific colorway in question, featuring subtle gold accents throughout, was created as a tribute to her daughter, Gianna.

"It was going to be called the MAMBACITA shoe as an exclusive black and white colorway on her daddy's shoes," she wrote in one post.