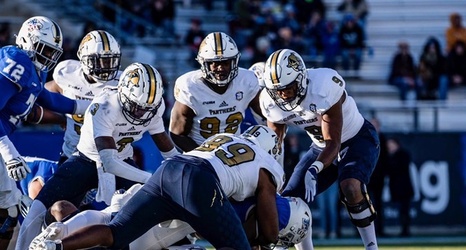 MURFREESBORO, Tenn. – The FIU football team committed a total of three turnovers in the opening half as it was defeated by a 50-10 margin at Middle Tennessee State on Saturday afternoon.

Middle Tennessee State capitalized on each of those miscues by the Panthers and scored on its opening six possessions as it raced out to a 34-3 halftime lead – including a 27-0 margin during the second quarter of play.

FIU senior quarterback Max Bortenschlager was limited to 698 yards while connecting on 9-of-20 pass attempts. He tossed a pair of interceptions – one of which was returned for a touchdown.