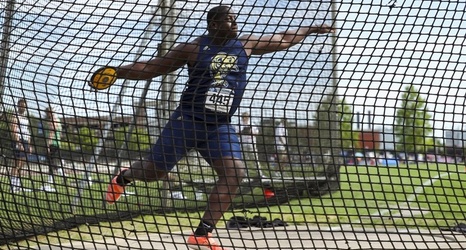 JACKSONVILLE, Florida (May 29,2021) - FIU outdoor track and field wrapped up competition at the NCAA East Preliminaries in Jacksonville, Florida, with Queshun Watson-Riggins competing in the triple jump and Desmond Dorceus participating in the discus on Thursday.