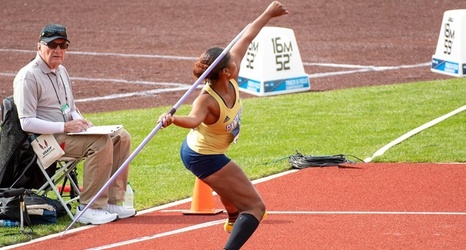 Otabor's best throw came on her third and final attempt, with a mark of 49.60m to place 21st.

The outdoor championships complete a tremendous debut year for Otabor. The Nassau, Bahamas, native burst onto the scene at FIU with a school record throw of 54.19m at the Hurricane Invitational, the Panthers' first meet of the season.

Following that stellar performance, Otabor went on to win three of the final four regular-season meets, en route to gold at the Conference USA Championships, and the freshman snagged the final qualifying spot for nationals at the NCAA East Preliminaries.