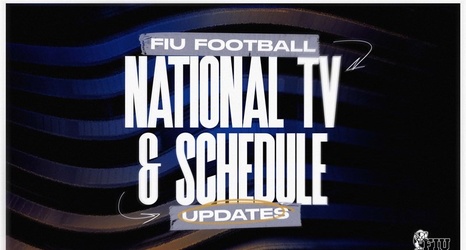 MIAMI – The FIU football program will appear on national television a total of four times during the 2022 season, with three additional national television appearances added as part of the upcoming season's Conference USA broadcast package, which was announced on Thursday.

The Panthers will host a total of three nationally-televised games at FIU Stadium – two on CBS Sports Network (UTSA/Oct. 14 & Louisiana Tech/Oct. 28) and one on Stadium (FAU/Nov. 12).

The Louisiana Tech game was originally scheduled to be played on Saturday, Oct. 29, but was moved to Friday, Oct.