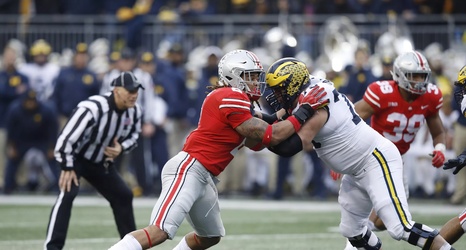 You know, there are actually other college football games that happen on the same day that Florida-FSU does. Every year, too!

Many of those games are actually set to be underwhelming contests on this particular Saturday, sadly. Yes, Ohio State-Michigan pits two ranked teams against each other in the noon hour — but Ohio State has ruled that series, and looks pretty close to untouchable again this year, even considering Michigan’s stunning in-season improvement.

But neither Clemson-South Carolina nor Georgia-Georgia Tech is a battle of ranked teams. Auburn-Alabama lost a lot of its shine when Tua Tagovailoa suffered his season-ending injury.