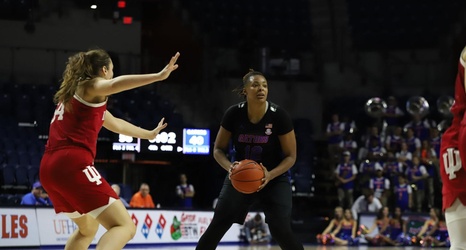 Florida guard Ariel Johnson was in transition. Florida A&M’s defense wasn’t all the way back down the court yet. But Florida forward Zada Williams was.

Johnson drew a defender towards the three-point line, which left Williams by herself in the paint. Johnson swung it to her teammate, who caught it just under the basket. She layed it up just as a straggling defender caught up to slap her on the arm mid-shot.

Count it. And one.

Those were the first two points of Williams’ dominant, career-high 22-point scoring performance in Florida’s 84-40 victory over Florida A&M on Sunday afternoon in the O’Connell Center.