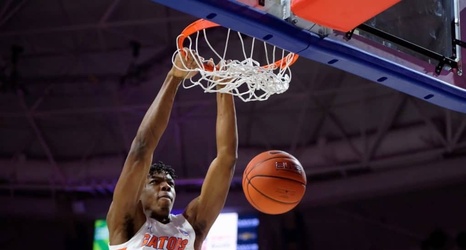 It was a tight game for 40 minutes but ultimately the Gators held on for a 71-67 win over the Kentucky Wildcats. The game was so close, in fact, that the 4-point margin in the end was actually Florida’s biggest lead of the game, showing just how tight it was and how the two groups of talented players exchanged blows. Scoring was the name of the game in the first half as both teams were getting open shots at will but the second stanza was much tighter on the defensive end and it became a game of who could make shots against stout defenses.