Though the search was short, Stricklin got his guy 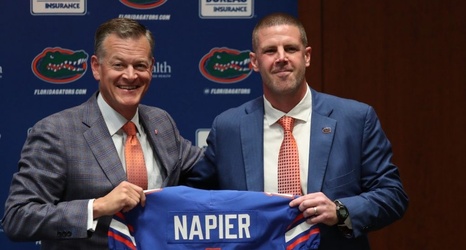 What took place within the UF football program over the last two weeks more closely resembled an anointing than a coaching search.

Athletic director Scott Stricklin relieved Dan Mullen of his head coaching duties on Nov. 21. Two days later, he met with Louisiana coach Billy Napier in his Lafayette home. Five days after that, he was officially announced as Florida’s next coach. On Sunday, he arrived for his first official day on the job and was formally introduced to Gator Nation.

Stricklin never talked with any other coaches, and Napier never showed much interest in any opening except for Florida’s.