Nolen rates the Florida Gators a 9 out of 10 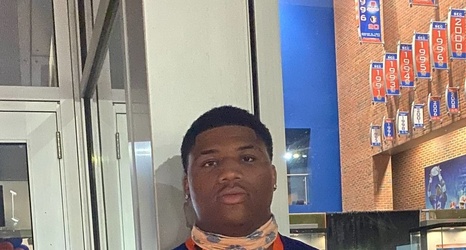 The Florida Gators coaching staff hosted dozens and dozens of recruits in the Swamp on Saturday for the Alabama game.

Defensive lineman Walter Nolen (6-4, 325, Powell, TN. High) was on campus with his family and enjoyed his time in the Swamp.

“I liked it, I seen some things that I liked,” Nolen said of his visit to Florida on Saturday. “I liked the environment; it was a great game.”

Nolen was impressed by the atmosphere in the Swamp and called the energy inside the stadium one of the best he has been a part of.