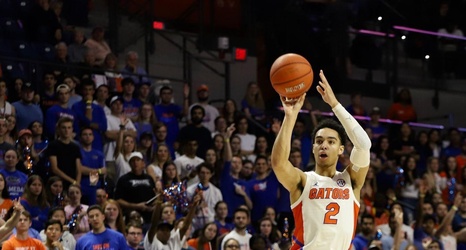 Florida coach Mike White was adamant that his team needed to make open shots after its loss to Ole Miss.

“I hate saying this, but I’m just going to be honest – we had some looks, man,” White said. “We had, and that’s not every game. Every game you struggle offensively, you can’t say ‘Well, we just got to make our open shots.’ We had some looks in Oxford that we’ve got to make a few of those.”

UF did just that in the second half against Texas A&M.