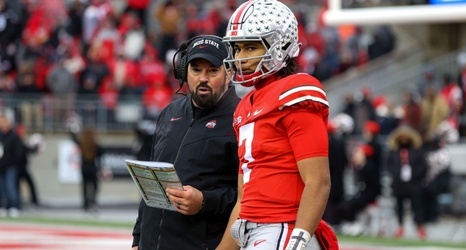 Nothing less than a berth in the Big Ten championship game and a shot at the College Football Playoff is on the line when the No. 3 Michigan Wolverines face the No. 2 Ohio State Buckeyes.

A quintessential part of Rivalry Week, The Game is as historic as it is high-stakes. Michigan holds the all-time lead in wins over its rival. However, before winning last year's game, the Wolverines had lost eight straight to the Buckeyes. In 2021, Michigan ran for nearly 300 yards in the game, and running back Hassan Haskins had five touchdowns.