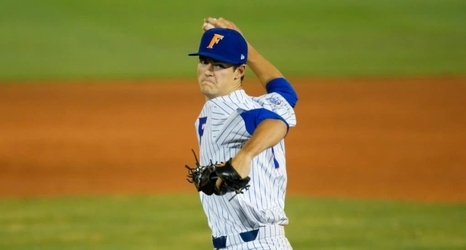 One of the biggest issues coach Kevin O’Sullivan noticed in his pitching staff in the series loss to Miami was the lack of efficiency by the starters.

He wanted each of them to throw six innings. Instead, Tommy Mace and Jack Leftwich only made it through five innings due to a high pitch count. Hunter Barco didn’t make it out of the fourth inning due to ineffectiveness. When they had opportunities to retire the side in order and make it through an inning in 10 pitches or so, they didn’t take advantage often enough. The lack of efficiency forced O’Sullivan to tax his injury-plagued bullpen more than he wanted to, which left them thin come Sunday.