Kam James commits to the Florida Gators over Georgia 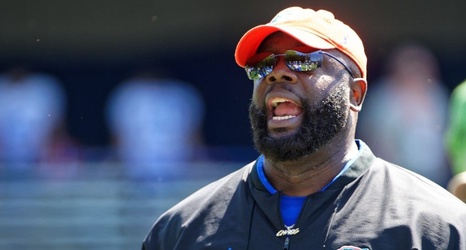 Defensive lineman Kamran James (6-6, 265, Orlando, FL. Olympia) committed to Florida over Georgia and many others on Sunday afternoon.

James has been on campus multiple times under Billy Napier and was a high priority for the Gators since Napier and defensive line coach Sean Spencer arrived in Gainesville.

The defensive lineman is a guy that is quickly rising in his class as schools noticed James’ ability this spring after the Orlando native played basketball mainly.