Jones navigating through a turbulent season with maturity 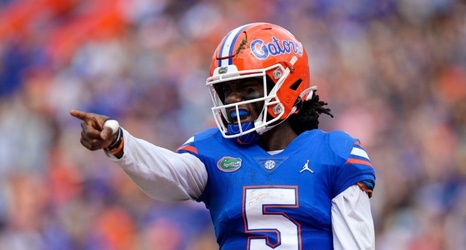 Gators fans can be very fickle when it comes to the quarterback position. One minute, a quarterback represents hope for the program’s future, and, a minute later, the fans are calling for him to be benched and never seen or heard from again.

That’s the way it is at a bunch of Power Five programs, but that’s especially true for fans of a program that has produced three Heisman Trophy winners and a couple of more near-winners. Steve Spurrier, Danny Wuerffel, Tim Tebow, Kyle Trask, Rex Grossman and co. have set the bar incredibly high.

Fair or not, fans want to see the next great Gators quarterback when they file into the Swamp.