It’s time for Florida to part ways with Mike White 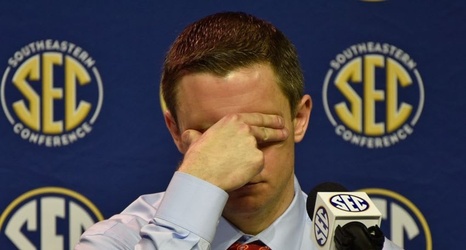 NASHVILLE, TENNESSEE - MARCH 11: Head coach Mike White of the Florida Gators rubs his eyes during a press conference after a 66-72 loss against the Texas A&M Aggies in an SEC Tournament Quarterfinal game at Bridgestone Arena on March 11, 2016 in Nashville, Tennessee. (Photo by Frederick Breedon/Getty Images)

After another Round of 32 loss, many Florida fans are growing impatient with the direction of the Florida Gators Basketball program under the direction of head coach Mike White. After getting bounced by 15 seed Oral Roberts, a discussion needs to be had about the future of Florida Basketball, as the Gators have not advanced past the round of 32 since 2018.