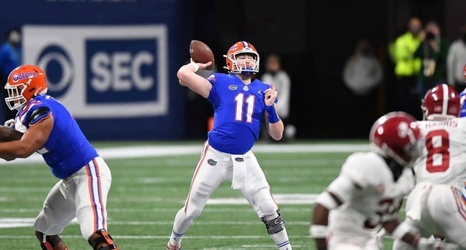 Of all the things that happened last season, Kyle Trask’s three interceptions in the Cotton Bowl is still the most shocking to me. It probably shouldn’t have been, as he was down his top four wide receivers and top tight end. Things were just off for everyone, but he’d been so accurate for so long, it felt like watching an impossibility.

Had Trask sat out the bowl, he would’ve finished the season with five picks on 409 attempts. That computes to an interception rate of 1.22%, which is terrific. It’s possible to push your rate lower than that, but it usually involves throwing a lot of short, safe passes.