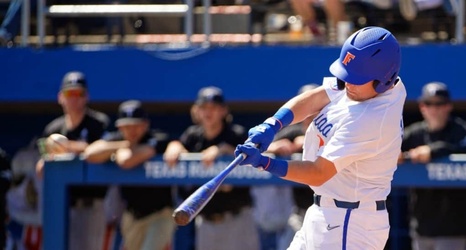 It seems like ancient history at this point, but Saturday’s game two between Samford and No. 7 Florida was competitive at one point.

After scoring three runs in the first inning, the Gators failed to record in a hit in the next three innings. Meanwhile, the Bulldogs slowly chipped away at the lead with solo home runs in the fifth and sixth innings.

“Credit their starter, [Jesse McCord],” UF coach Kevin O’Sullivan said. “He did a really nice job. He had a better fastball than I thought. He was 93, 94 [miles per hour] in the first couple of innings, and then he kind of settled in and kind of pitched backwards.