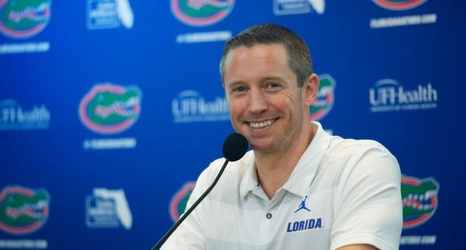 Florida got a boost to their 2021 roster on Monday as shooting guard Elijah Kennedy announced his commitment to the Gators.

The 6’4” Virginia product was initially on his way to prep school before Florida offered, changing his plans entirely and allowing him to capitalize on a dream opportunity.

Kennedy had always believed he was a high major basketball player but late in his sophomore season of high school, disaster struck. During a regional semifinal game he went up for a layup and slipped, resulting in a horrific leg injury–the kind that instantly had teammates and coaches covering his lower extremities with towels to hide what had happened and had both teams joining around him in a prayer circle.