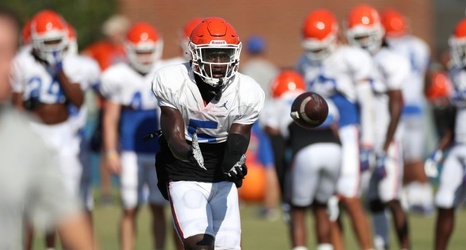 Four Gators football players were selected by the league’s coaches as members of the Preseason All-SEC team. Cornerback Kaiir Elam and defensive lineman Zachary Carter were selected to the First Team, linebacker Ventrell Miller was voted to the Second Team and wide receiver Jacob Copeland was picked to the Third Team.

It’s been an eventful summer for Elam. The junior was also named to the Associated Press Preseason All-America Second Team and the media’s preseason All-SEC First Team. Additionally, he was named to the watchlists for the Bronco Nagurski Trophy, the Jim Thorpe Award and the Chuck Bednarik Award.