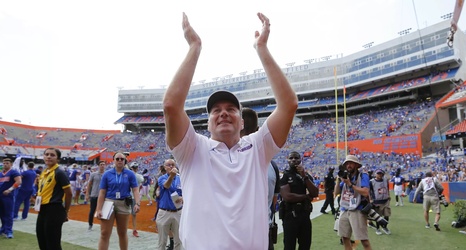 Former Clemson Tigers freshman Demarkcus Bowman will join the Florida Gators via transfer, according to reports from Gators Territory and 247Sports.

Bowman entered the transfer portal earlier this week, and was considered a near lock to ultimately transfer to Florida. That he has done so just days after entering the portal is the surprise here — along with the news breaking during Florida’s game against South Carolina — rather than the decision itself.

And for Florida, it’s a coup to celebrate.

Bowman was one of the most celebrated recruits in the Class of 2020, finishing the cycle as the nation’s No.