Florida vs. Kentucky, Game Thread: Can Gators start rolling toward postseason in Rupp? 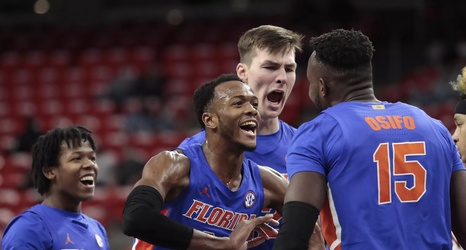 It was nearly two months ago now that Florida’s men’s basketball team had a chance to shovel some dirt on Kentucky’s 2020-21 season, one marked by the WIldcats flailing to a 3-6 mark at that point in time.

Instead, the Wildcats surged from their shallow grave for their most impressive win of the year at that point, throttling Florida, 76-58, on January 7, and showing a bit of the form expected out of a preseason top-10 outfit.

John Calipari’s crew was genuinely excellent on that Saturday afternoon, posting what is still its best Effective Field Goal Percentage of the season on the strength of going 6-for-13 from distance and dominating inside to make 23 of 39 two-pointers.