Florida vs. Alabama: What It’s Supposed to Be 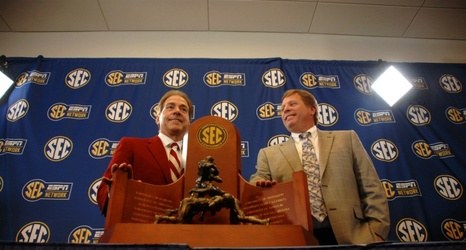 This is what this game is supposed to be.

Florida versus Alabama, SEC championship on the line.

It’s as if history dictates this match up.

It began almost a quarter of a century ago when Roy and Kramer had a dream for a league championship game that would pit the East versus the West. It was a great idea until it almost wasn’t.

All of the league’s national championship hopes pinned on Alabama, the only feasible team that could bring it back for the SEC. Scrappy underdog Florida came into the game and took control.