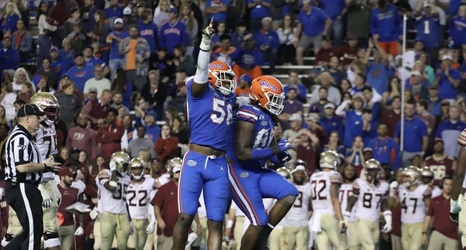 But other than bookend victories against Miami in Week 0 and a 40-17 win against Florida State Saturday, not much remained the same from Aug. 24 up until this point for the Gators.

A new quarterback took over a revolutionized offense, and in the face of a slew of injuries on both sides of the ball, UF still improved on last season’s regular season campaign.

In Dan Mullen’s first year with the program, Florida went 10-3 and won a New Year’s Six Bowl, which was a monumental improvement from the four-win 2017 season.