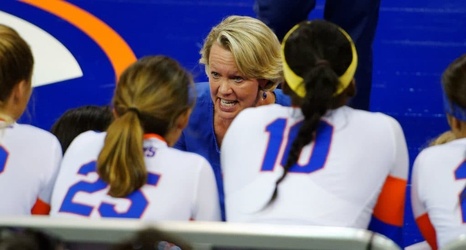 GAINESVILLE, Fla. – The fall portion of the 2020 volleyball schedule has been set by the Southeastern Conference, as the league announced Tuesday.

Last month, the SEC announced the fall format would include eight matches against four opponents. Those eight matches will be played as double-headers, consisting of two home weekends and two away weekends.

The Gators are slated to make their 2020 debut at Auburn on Wednesday, Oct. 21 at 8 p.m. ET. Florida then returns to action against the Tigers on Thursday, Oct.