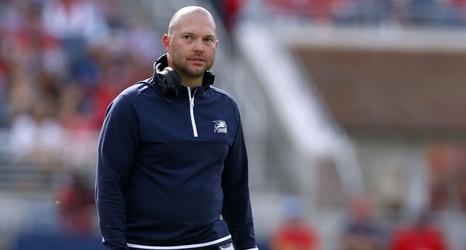 OXFORD, MS - NOVEMBER 05: Head coach Tyson Summers of the Georgia Southern Eagles reacts during a game against the Mississippi Rebels at Vaught-Hemingway Stadium on November 5, 2016 in Oxford, Mississippi. (Photo by Jonathan Bachman/Getty Images)

The Florida Gators have finished spring football, but they haven’t finished improving their team. According to Matt Zenitz of AL.com, the Gators are expected to hire former Colorado defensive coordinator Tyson Summers as an analyst.

Summers was fired after his second season as Colorado’s defensive coordinator following the 2020 season.

It was interesting to read up on Summers’ career, as it has been a little up and down.