Florida football: Time travel back to 2005 Gators vs. Vandy 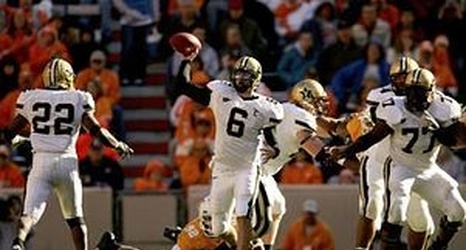 Smack dab in the middle of the 14-10 upset over Georgia and first meeting with former Florida football coach Steve Spurrier on the South Carolina sideline sat a trap game with a sneaky good Vanderbilt football team led by QB Jay Cutler.

Cutler, a senior from Santa Claus, Indiana, put on the best performance by a visiting quarterback during my four years as a student in Gainesville.

“This was one of Vandy’s best teams with future Chicago Bears, Jay Culter and Earl Bennett a quarterback and wideout, respectively.