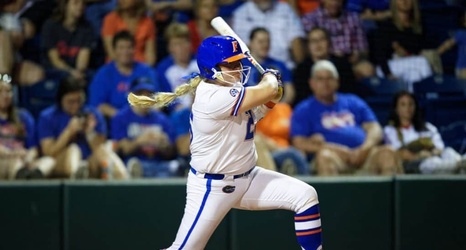 A special report from the UAA on the Florida Gators softball team:

The Gators’ (30-4) first game against the Hilltoppers (15-6) started with a 20-pitch at-bat between right-handed UF starter Elizabeth Hightower (14-2) and leadoff WKU batter Paige Carter. Hightower won the first meeting between the two as she forced Carter to groundout to Echols at third and then finished the frame to retire the next two batters rather quickly.