Five thoughts from the Gators 38-17 win over Vanderbilt 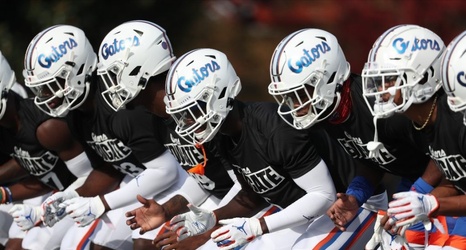 Kyle Trask continues breaking records
The dream season continued for the Texas gunslinger. Trask threw for 375 yards and 3 touchdowns. Despite a slow start he now has thrown for more passing touchdowns than any SEC quarterback through their team’s first seven games and has the second most passing touchdowns of any NCAA quarterback through his first seven games. Trask and the Gators offense has also scored 35 points in nine consecutive games, a Florida record. That’s right, no Spurrier or Tim Tebow offense has scored points at this kind of rate or pace. It’s truly been a special season for Trask and the Gators.