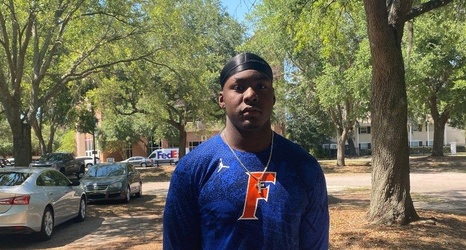 The Gators received exciting news on Monday night when reports came out that five-star defensive end Mykel Williams would be a late addition to UF’s list of attendees for their Junior Day/Cookout event on Tuesday.

Williams, from Columbus, Georgia, indeed did show up shortly before noon for his first ever trip to the UF campus. In addition to the barbecue, he was given a tour of the facilities and got a chance to speak with head coach Dan Mullen and defensive line coach David Turner.

Williams said he noticed something different in the way Mullen and Turner are recruiting him versus the way other schools are.