Feleipe Franks to leave Florida for NFL Draft or transfer 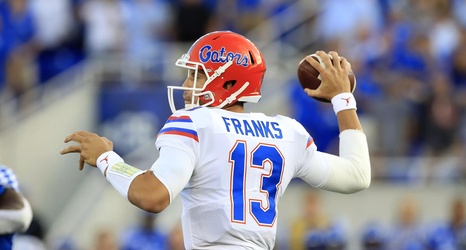 Redshirt junior quarterback Feleipe Franks will leave the Florida Gators and pursue either entering the 2020 NFL Draft or playing a final year of college football elsewhere, he revealed in Sunday afternoon Instagram post.

That note being formatted like many others put together by Florida’s program for its players suggests strongly that this is a decision Franks made in conjunction with Florida’s coaching staff, something that also fits with the timeline Dan Mullen gave about two weeks ago for beginning discussions with draft-eligible players about their futures.